This site in Hoe Street has been a place of entertainment for over 130 years – vast crowds and small groups of friends have gathered for concerts, plays, films, lectures, wrestling, exhibitions and meetings. Originally a concert hall, the present cinema complex was built in 1930. In the early 2000s, after years of neglect, it narrowly escaped becoming premises to an evangelical church. Now it is to be restored, and there are plans for a musical and theatrical future. 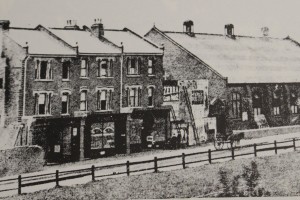 In 1887 J F H Read bought a green field site in Hoe Street. He joined forces with a local builder, John Cropley, to build the Victoria Hall, which was to be Walthamstow’s first professional music venue. The opening event, presided over by Read, was a combination of gala concert and religious service. The Rector of Walthamstow led the audience in prayer, and Read then took over as conductor. This was the first of hundreds of concerts, featuring both amateur and professional performers. Read often subsidised the cost of the programme, buying in the services of singers and instrumentalists while keeping the ticket price affordable to most. Another priority was to make the hall available for some of the many events that funded the multiplicity of charities that underpinned everything from the local hospital to boots for poor children. 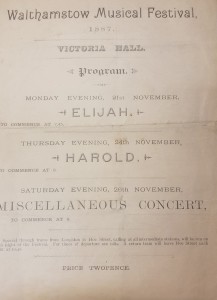 The venue hosted everything from touring theatre to temperance meetings, and in 1896 one of the first-ever cinema shows was held there. Walthamstow was, for a few years, home to some of the studios in the infant film industry so that films were shown that had been made less than a mile away. By the early twentieth century the building was being used largely as a cinema. 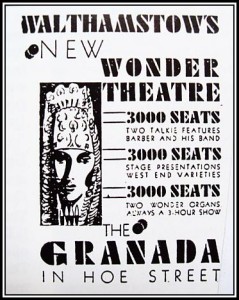 In 1930 the hall was demolished and replaced by the vast, state of the art Granada Cinema, commissioned to be a venue for Sidney Bernstein. The architect, Cecil Masey, and interior designer, Theodore Komisarjevsky, provided a grand, and huge, design that combines Spanish baroque with Moorish decoration. The main house had a capacity of nearly 3,000, and the building included an orchestra pit, two organs and a splendid marble lined foyer. 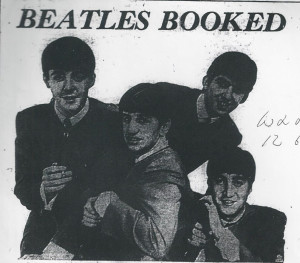 For more than three decades the Granada was the scene of not only cinema but live music. Capacity audiences attended gigs by the Beatles and the Kinks, while this was also the place where new young bands were invited to play in return for a fiver.

Other venues locally included Leyton Baths which, in the winter months, boarded over the pool and was used as a music venue. Here Terri Hallett remembers the Rolling Stones coming to Leyton.

The Dave Clark Five travelled to the Granada by bus from Tottenham. On Saturday mornings children queued for film shows. And in the days before television, many people went to the cinema several times a week. But little by little it became more difficult to make the venue pay its way.

Now, after being sold by the Granada organisation, then sold on, and nearly lost as a performance space, the Granada cinema is to be restored.