Over the past three years Clio’s Company has worked with local children, adults, choirs, the Vestry House Museum, the Waltham Forest Music Service and many friends and supporters on the Walthamstow Notes project. We were honoured to be awarded a National Lottery Heritage Fund grant to make this work possible. The Walthamstow area has been […]

Over the past three years Clio’s Company has worked with local children, adults, choirs, the Vestry House Museum, the Waltham Forest Music Service and many friends and supporters on the Walthamstow Notes project. We were honoured to be awarded a National Lottery Heritage Fund grant to make this work possible.

The Walthamstow area has been renowned for its music making for centuries. For this project we focused on three different historical periods and looked both at famed musicians within them and at the lives, the places and the music associated with the many whose names may be less familiar. 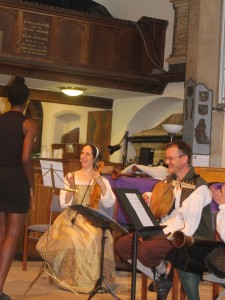 In the first phase, we traced the stories of the Bassanos, already eminent in Venice, who were persuaded to England by the agents of Henry VIII and whose descendants remained musicians by royal appointment for over a hundred years. Some of the family settled in Walthamstow, where they became prosperous land owners, commuting between their town and country homes and their commitments at Court. Musical instrument makers as well as composers and performers, some of their recorders are still playable – one turned up in a street market only a few years ago. 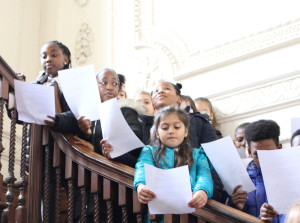 Next we looked at the time when Walthamstow was doubling in size every decade in the wake of the coming of the railways, and when music for all was becoming an aspiration. This was the time when J F H Read and his large family lived in one of the grand houses that lined Hoe Street. After a modest start in life as a City clerk, Read went on two make three separate fortunes on the stock exchange – but his greatest loves in life were music and philanthropy. Having built a concert hall, promoting countless concerts and guiding many of the charities which stood between at least some of the poor and the workhouse, Read died “A comparatively poor man” – in a house with only eight bedrooms. 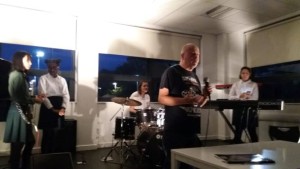 Moving to the more recent past, we focused on the music of the area in the 1960s and 70s, when Walthamstow was in the forefront of the rapid, and often controversial, changes of the day. Teenagers and their music and fashion were the centre of attention, the Beatles played the Granada, Tottenham Sound vied for supremacy with Mersey Sound, record players and TVs became affordable – and people from all over the world came to town, bringing with them much that was new, including musical tastes and talent to enrich the area.

The project has included research, workshops, performances, oral history recordings, installations, performances and several exhibitions. Some of the work is on this site – themes and articles listed here