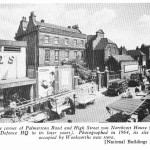 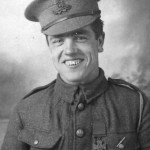 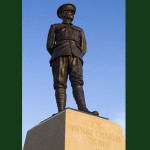 This kind of school had come into being at the time compulsory education began. Local authorities started to set up special schools “for those children whose education is neglected by their parents, or who are found wandering or in bad company”.

This was a boarding school for boys from all over the area. Its 85 pupils had all encountered problems of some sort, either at their former schools or at home. Not all of them were truants – that is, had habitually stayed away from school. Some came from families where the authorities felt they would come to harm – for example if a parent had been convicted of crime. Others had been on the fringes of crime themselves. Yet others were homeless, and were found begging on the streets.

The official aim was to give the boys a second chance in life, to provide them with a decent education and the opportunity to learn a trade so they would be able to earn their living. Sometimes the boys were found proper apprenticeships. As time went on, the authorities began to provide vocational training to pupils. This was evidently of variable quality, and in some instances the practical lessons included activities such as wood chopping and cleaning, which arouses the suspicion that the pupils were being used as cheap labour.

It was not a school that expected to have many famous old boys. An exception to this was Job Driver from Barking, who, like many former pupils, went into the regular army. Job joined in 1912 at the age of seventeen. So it was that he was part of the British Expeditionary Force that went to Belgium and France in the first days of the First World War in 1914. During a retreat from a much bigger German force, Job was one of those who volunteered to try to retrieve a set of horse-drawn guns under heavy fire. He and his colleague succeeded in bringing one of the guns back, and they and their captain were all awarded the Victoria Cross for their bravery.

Job Drain immediately became something of a local hero. The headline in an item about him in “The Walthamstow and Leyton Guardian” was headlined “”How Walthamstow Truant Boy Won VC”, made much of his past, but agreed he had shown “his worth and his manliness”. Job Drain was to survive the war, having risen to the rank of sergeant. He returned to live in Barking, where he worked in a variety of jobs including as a fish porter and bus driver; he married and had two children, finally dying in 1975, and is commemorated with a statue in Barking.

Few of the thousands of other boys who attended the Truant School are now remembered. It remained open as an approved school until the Second World War, even though there were concerns about the quality both of the accommodation and of the education. One of the local MPs, Reg Sorenson, was concerned in 1936 about the facilities and whether there was proper heating. After the school moved to Hertfordshire, Northcotts was used as the headquarters of the Heavy Rescue Service, which dealt with the effects of bombing. After the war it was used by the council for storage. Sadly, it was demolished in 1965. 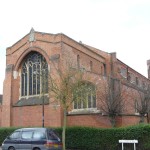 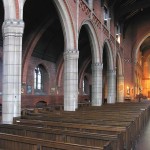 In the 1890s, when most of our streets were being developed, it was usual to plan for a church in each new neighbourhood. Henry Casey, owner of much of the local building land, gave the plot for this purpose. Planning began in 1899 – Richard Foster, a rich City merchant, paid not only for the church, but for the vicarage and the hall that is now named after him.

But it was in St Barnabas Road – then called Stafford Road – that the church had its origins. At 44 Stafford Road lived Elizabeth Tracey, her husband and children. And it was Mrs Tracey who, from 1895, began to hold a Sunday School for local children in her house.

Soon the congregation became too many to fit into Mrs Tracey’s front room, and it was going to take many months to complete the new church. So a second hand, iron “pre-fab” church was bought for £40, and services were held there.

And the church Richard Foster built was worth waiting for. It was not complete until 1903, and is built on a grand scale, employing some of the best designers and craftspeople of the time. Foster’s taste was for the formal, elaborate, “high church” form of services, and the church building is a very impressive setting for these. Foster’s generosity also ran to stained glass windows, textiles and an organ.

Some people did not approve of this kind of service, and occasionally there was trouble over this – on one occasion a local resident complained because he had attended a service and found candles on the altar and the clergy wearing coloured stoles. 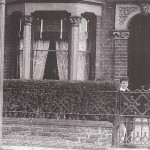 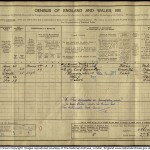 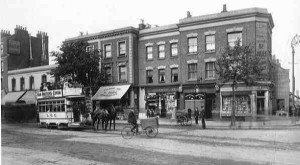